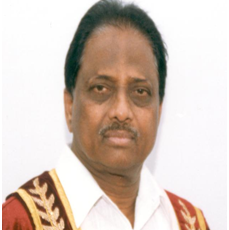 “ EAST WEST GROUP OF INSTITUTIONS established in 1968. A well known and a prestigious educational institution, crowns a supreme place among the top colleges in Bangalore.

The institution was founded by Former BBMP Mayor Late Sri. C. M. Nagaraj, a visionary,an acknowledged educationalist, a philanthropist and a social worker, as it was one of his great dream project. His prime motto, was to provide a matchless educational assistance to every student of all respective classes. He devoted his precious time, efforts, and life to interpret his ambition into a reality.

Now, the institutions are taken care by his son Sri. C. N. Ravikiran, Chairman with the aim to achieve academic excellence on par with Global Standards, following the principles of his father. The institutions are now, a treasure house of knowledge to thousands of zealous students’ community across the globe. The institutions uphold its unflinching fame in all respects of academics and is exhilarating 47th year of academic excellence, honing the life of every student with a code of conduct. Under the wings of EAST WEST GROUP OF INSTITUTIONS, many different branches are offering different courses as per the need, and the requirements of students’ career. ”